Although it possesses a fierce and aggressive reputation, the bear is more often a peaceful and solitary creature. The largest of the carnivores (flesh-eating land animals) and the least carnivorous, the bear is closely related to the dog and the raccoon. It is the most recently evolved of the carnivores.All bears belong to the family Ursidae. They are found largely in northern temperate regions and are widely distributed in North America, Europe, and Asia. Many species of bears display physical characteristics adapted to their particular environments. The following is a list of major species: 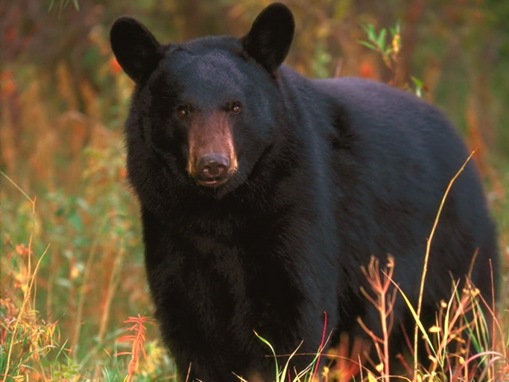 This bear is found in most parts of the North American continent.
2.Grizzly bear 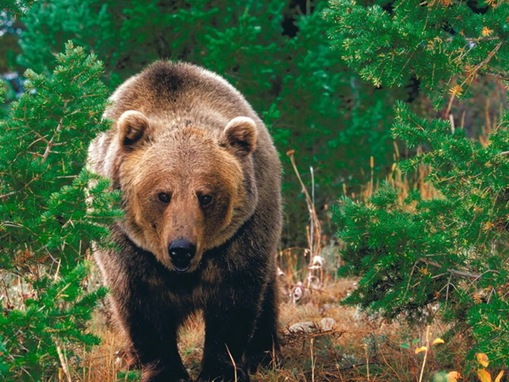 This bear, also known as the silvertip bear, is the fiercest animal in North America. It is strong enough to carry off small horses and cattle.
3.Brown bear 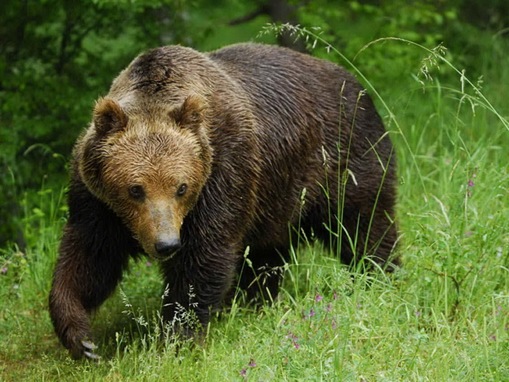 This bear is the most common of the bears and the largest flesh-eating land mammal. Scientists agree that the North American brown bears, the European brown bear, and the grizzly are closely related, but they disagree on assigning the various species of brown bears.
4.Himalayan black bear 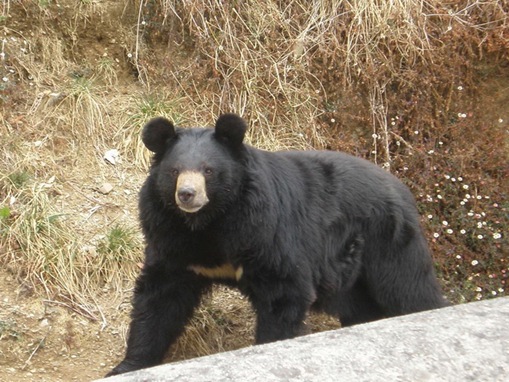 This bear is also called the moon bear. It is found in the forests and deserts of Asia. It roams about the countryside in family groups led by the male.
5.Malayan bear 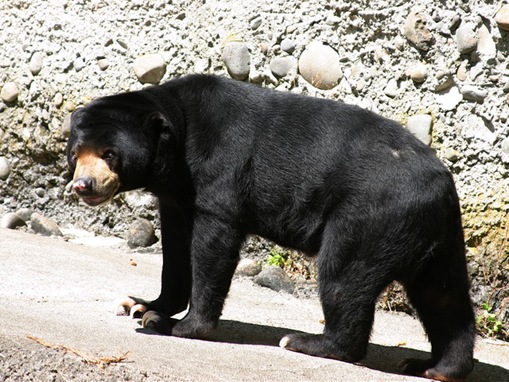 This bear dwells in Myanmar, Thailand, Indochina, and parts of Indonesia. A small black bear, it has a ring-shaped yellow mark on its chest, which has earned it the nickname of “sun bear.” Its extremely long tongue is well suited for lapping up ants, termites, grubs, and honey.
6.Polar bear 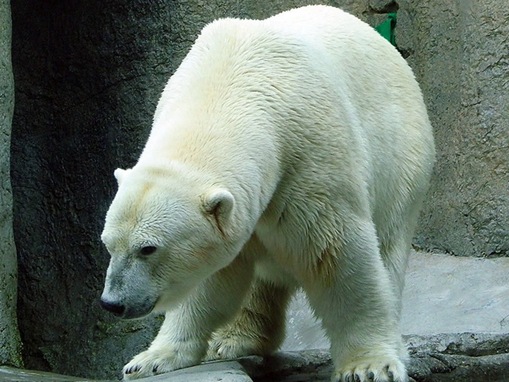 This bear is essentially an aquatic animal of the Arctic region. The polar bear is fully covered, even to the soles of its feet, with long, thick white fur. The most carnivorous of bears, it lives on ice far from land and on coastal areas and islands of the Arctic Ocean.
Posted by sir_khai79 at 1:49 PM