10 Best Places to Visit in Germany

Best known for its famous Oktoberfest and World War II history, Germany is also home to some of Europa’s most beautiful scenery, fairytale castles, important historic sites and lively party scenes. Located in the heart of Europe, Germany maintains the continent’s most powerful economy. An overview of thebest places to visit in Germany:
10Leipzig

wikipedia/Tobi 87
The largest city in Germany’s federal state of Saxony, Leipzig is known for its vibrant arts and culture scene shaped by famous music composers like Bach, Richard Wagner and Felix Mendelssohn. Tourists today can enjoy performances of Bach’s music at the St. Thomas Church where Bach once served as choir leader and is now buried.
Explore Leipzig
9Rugen Island

flickr/Doktor Jones
Located in the Baltic Sea, Rugen Island is the largest island in Germany, connected to the mainland by the Rugen Bridge and Rugen Causeway. Charming villas, romantic seaside resorts and beautiful beaches all draw tourists to Rugen Island, but the star attraction is the Jasmund National Park, famous for its unique chalk cliffs rising 528 feet (161 meters) over the sea.
Explore Rugen Island
8Romantic Rhine 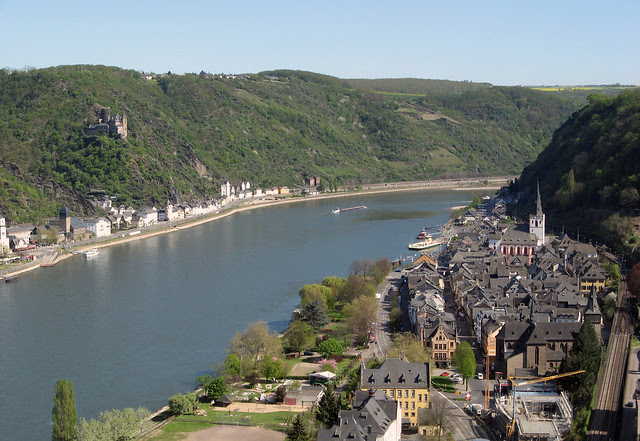 flickr/ctankcycles
Stretching between the cities of Bingen and Bonn, Germany, the Middle Rhine flows through a dramatic geological formation called the Rhine Gorge. This region features a spectacular landscape dotted with some 40 medieval castles, picturesque villages and terraced vineyards. The best way to experience the Romantic Rhine is by a riverboat cruise.
Explore Romantic Rhine
7Cologne 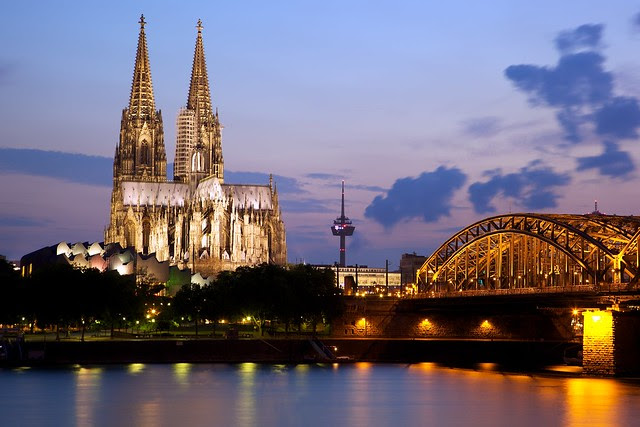 flickr/jiuguangw
Situated on the Rhine River in the German federal state of North Rhine-Westphalia, Cologne is one of the most popular places to visit in Germany. The city offers a vibrant array of attractions, buzzing nightlife and a stellar arts and culture scene. Cologne also packs impressive landmarks such as the city’s informal symbol, the Cologne Cathedral, a stunning Gothic church.
Explore Cologne
6Dresden

wikipedia/Mylius
Before it was severely damaged from World War II bombings, Dresden was known as the Jewel Box because of its lavish collection of stunning art and architecture. After many years, the city has restored much of its former glory. The capital of the federal state of Saxony, Dresden offers a number of historic sites like the stunning Frauenkirche cathedral.
Explore Dresden
5Lubeck

wikipedia/Innomann
As one of the largest Baltic seaports in Germany, Lubeck is located in the country’s northern-most state, Schleswig-Holstein. Founded in 1143, Lubeck served for several centuries as the capital seat of the Hanseatic League. Although it was the first German city to be bombed and damaged during World War II, Lubeck still retains much of its medieval architecture, making it a popular tourist destination.
Explore Lubeck
4Heidelberg Old City

wikipedia/Christian Bienia
With historic treasures like the medieval Old Bridge, the Heidelberg Castle, the Church of the Holy Spirit and the Knight St. George House, it is no wonder that Heidelberg is a popular tourist attraction. The city center’s main street, Haupstrasse, is packed with pubs, restaurants, museums, art galleries, shops and markets selling the likes of beer steins, cuckoo clocks and German sausages.
Explore Heidelberg Old City
3Neuschwanstein 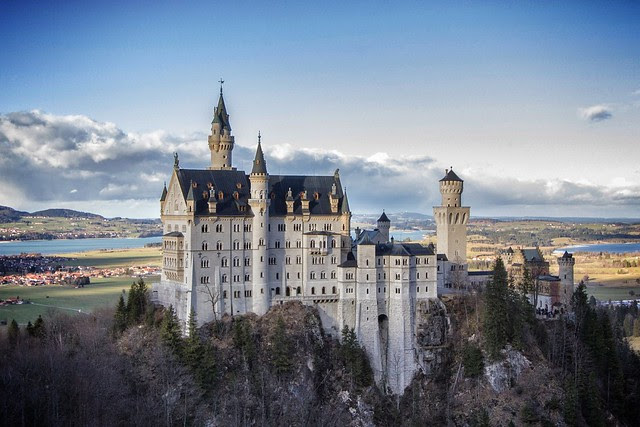 flickr/Rob Faulkner
The most photographed building in Germany, Neuschwanstein Castle, is also one of Europe’s most popular tourist destinations. Nestled among the breathtaking beauty of the Bavarian Alps near the town of Fussen, this fairy-tale castle served as the inspiration behind Walt Disney’s Sleeping Beauty Castle.
Explore Neuschwanstein
2Munich

Best known as the origin of the world famous Oktoberfest, Munich is one of the best places to visit in Germany with a great culture scene. Munich is home to several sophisticated opera houses and theaters like the National Theatre. The city center is an attractive blend of classic and modern architecture, teeming in historic churches, medieval walls and royal palaces as well as bustling shopping centers and nightlife venues.
Explore Munich
1Berlin

wikipedia/Axel Mauruszat
A federal state and the capital city of Germany, Berlin is widely associated with its World War II history and former division of East and West Germany by the Berlin Wall during the Cold War. Since the fall of the historic wall in 1989, Berlin today is now a vast, unified city diverse in ethnic groups and abundant in sightseeing attractions, museums, sports, culture and nightlife.
Posted by sir_khai79 at 1:20 AM